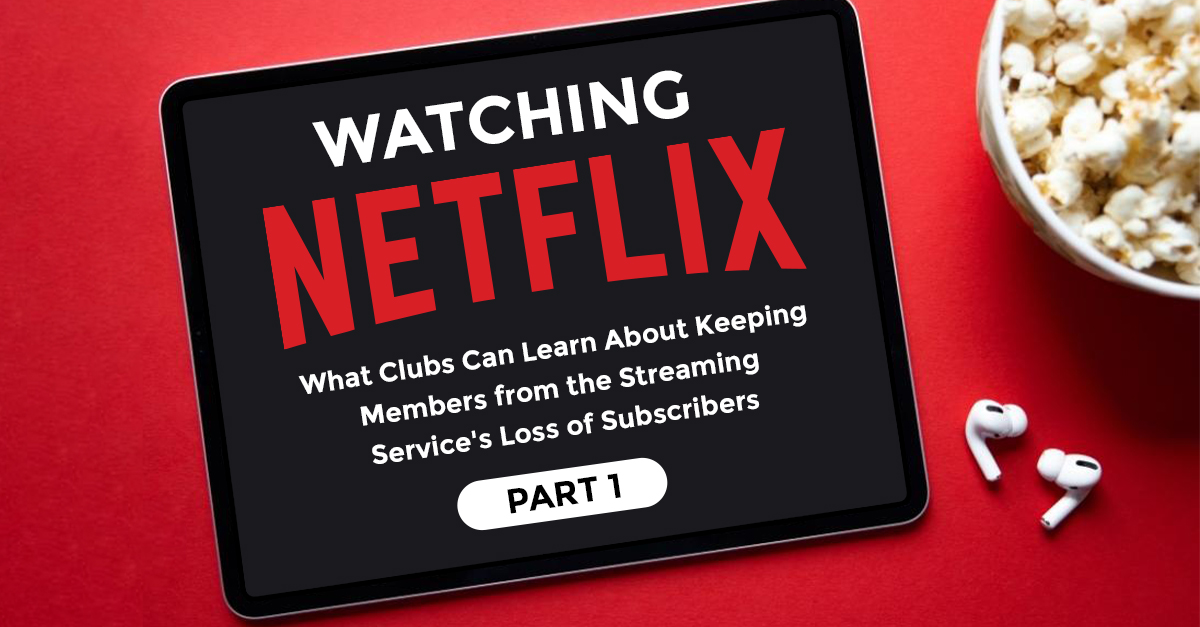 It’s not a surprise that the pandemic brought record-shattering numbers to Netflix, with the company gaining 36 million new subscribers in 2020 alone. As COVID caused other forms of entertainment to shut down, increasing numbers of people flocked to the safe, available option – watching their favorite shows at home.

Now, Netflix is facing its largest drop in nearly 20 years, with shares plummeting 35% and a loss of 200,000 subscribers – the company’s first net subscriber loss – in the first quarter of 2022. As a result, Netflix has forfeited more than $50 billion in market cap (CNBC).

While a $15 per month streaming subscription is very different from a $10,000+/- per year membership that also requires a large entry fee, clubs can – and should – be learning from Netflix’s decline after pandemic-influenced growth. After all, clubs similarly experienced tremendous membership increases during the last two years, many sitting comfortably with a waitlist for the first time in decades.

Now is not the time to get too comfortable.

Netflix is citing increased competition from a plethora of other streaming platforms as one of the catalysts behind its recent decline.

Clubs should be mindful of competition as well. Pre-pandemic, clubs were competing with time, travel and vacations, kids’ sports and activities, community events, and other recreational activities. Now, many people are embracing these alternatives – which feel new and exciting again – as they get more comfortable with a “new normal” and continued changes.

Another struggle clubs may be facing is delivering consistent and exceptional service despite today’s significant staff shortages. Many clubs are doing the best they can with limited resources and team members – meaning that unfortunately, despite your best efforts, service at your club today might not look like it needs to in order to deliver on increased member expectations and demands.

Growing fears of an oncoming recession combined with an increased cost of living due to inflation are causing many people to pull back on discretionary spending and be more selective about how they spend not just their time, but also their money. Similar to Netflix, you probably have a core “subscriber base” of members that will be with you for the long haul. But what are you doing to ensure newer, younger, and potentially transient members stay with your club? With the changing economy, it’s more important now than ever to remain fresh, relevant, and proactive.

Just because a business was lucky enough to soar and be successful during the pandemic doesn’t mean its continued success is guaranteed. Don’t take your waitlist or current members for granted.

Now is the time to answer this crucial question: What is your plan to stand out, despite the competition, as the indispensable option for your members (and potential members)?

Don’t miss the next “episode” in this series. Get the answers you need in Part 2 of this post, coming later this week. 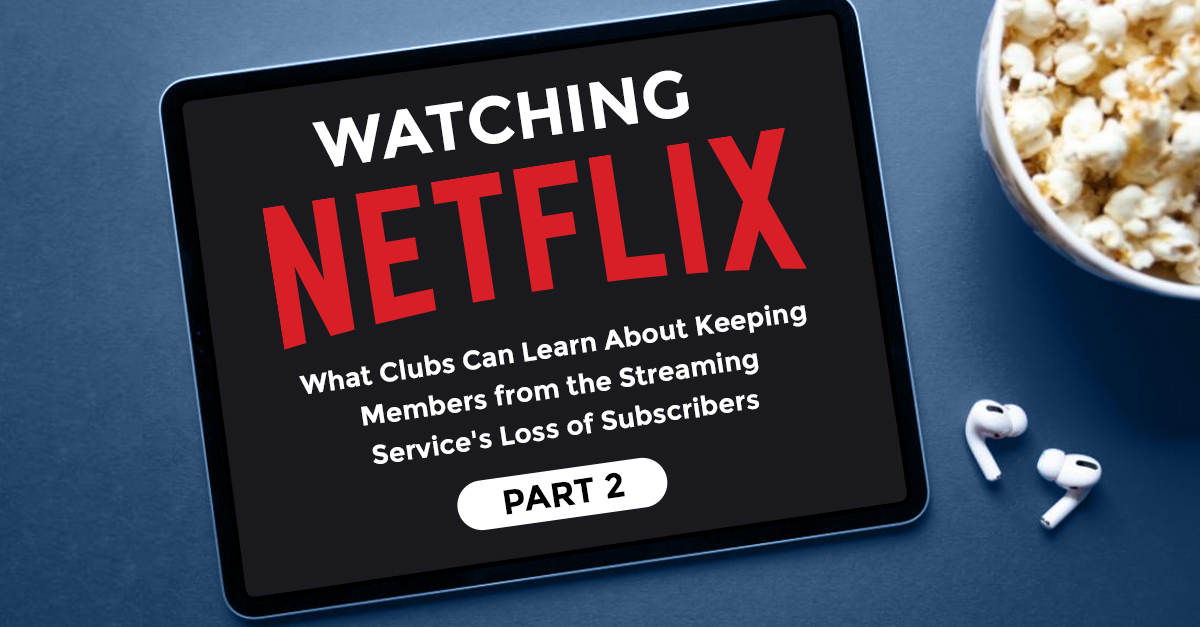 Watching Netflix: What Clubs Can Learn About Keeping Members from the Streaming Service’s Loss of Subscribers – Part 2 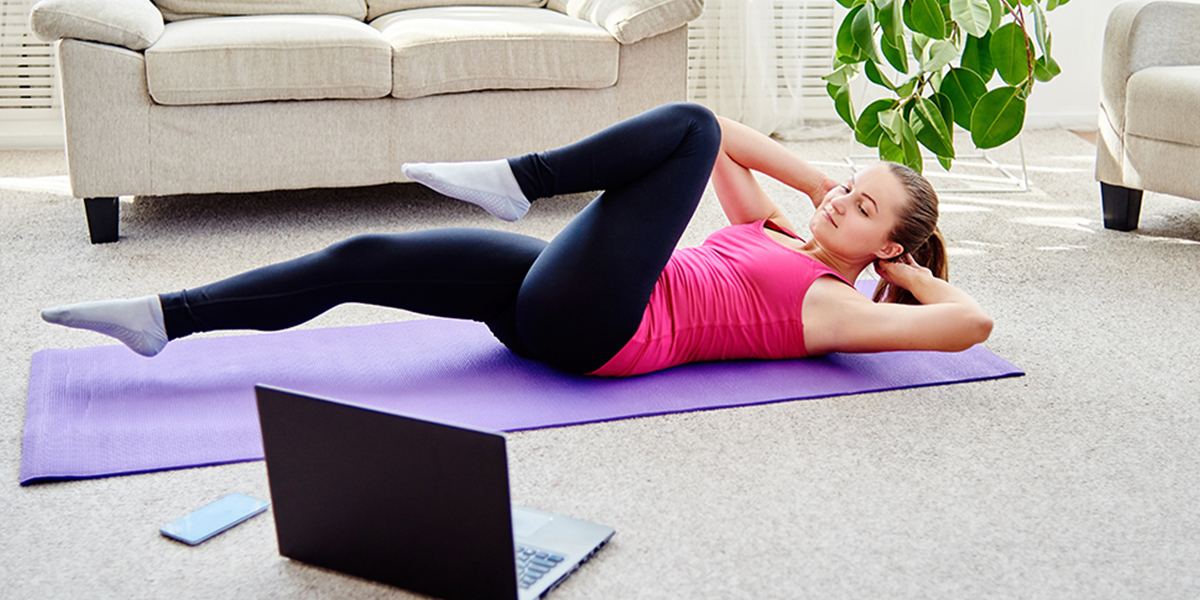 14 Ways to Bring Your Club to Your Members 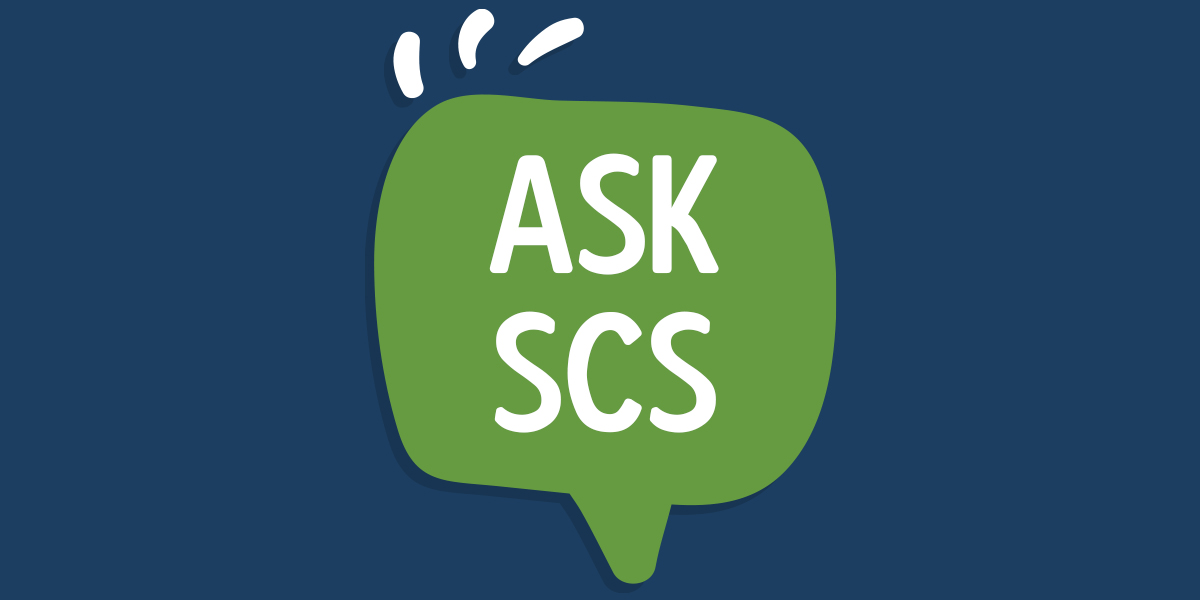